The sometimes conflicting interests of track and field, road and country in the 1950s was sometimes the cause of tensions within the club. After some years a number of the keenest road runners, tired of the ramifications of the track and its users, broke away to form the Haltemprice Road Runners Club and for a number of years enjoyed considerable success. 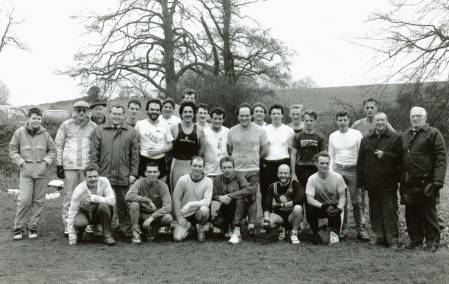 City of Hull members at Raywell for a club cross-country c1990. This picture, like many in this section, was taken by Laurie Jones. Laurie, a former Bingley Harrier, is a long-term member of the club.